This article may go a little further beyond the normal tech scope of this blog, but the release today of over 8 articles by pro tech sites on the subject (which I had already done work researching and posting about) has convinced me to repost my original work and additional information here.
SLI and CrossfireX are Nvidia and  ATIs respective technologies for combining multiple Graphics Cards in a single computer system. While most of us get along just fine (or otherwise) with a single GPU, enthusiasts have the option of utilizing two or three (or four) GPUs to supercharge their gaming performance. Scientists have also discovered that these multi-GPU setups can greatly benefit compute intensive research applications such as Folding@Home. ATI entirely replaced their high-end GPUs with their two high performance cards fused onto a single circuit board, creating the impressive 4870X2 (and previously the 3870X2) as a result.

All of this technology is run by either SLI and Crossfire, technologies that attempt to share video rendering load over several GPUs by having each GPU render every other frame or half (or a third) of each frame. Problem is, in most cases performance scaling is not linear. In other words, two graphics cards don’t give you twice as much performance, maybe 70% extra at best. A third and fourth GPU may only increase performance 10% and then 5%, in many cases. Getting games to scale properly is extremely hard work for the developer and coders responsible for SLI and CrossFireX functionality. It is very hard to justify 3 GPUs getting you 50 FPS for a total cost of 900 dollars when a single GPU will get you 30 FPS. Additionally, the cards are using 600 watts when you could be using 200 much more efficiently. While SLI and CrossfireX have been slowly improving their scaling, they are nowhere near perfect, and they often have side-effects. The performance benefits only exist if a system is running a game full-screen,  and it is impossible to run two screens while utilizing the technologies. VERY recent developments may have begun to alleviate these issues, but they have been a long time waiting.

It seems a company called LucidLogix may beat Nvidia and ATI at their own game. PC Perspective has written an article detailing how Lucid’s hardware and software may allow for perfect GPU scaling using an unlimited number of GPUs of any model within a respective brand.

Here is a small clip of the two page article:

What is the HYDRA Engine?

At its most basic level the HYDRA Engine is an attempt to build a completely GPU-independent graphics scaling technology – imagine having NVIDIA graphics cards from the GeForce 6600 to the GTX 280 working together with little to no software overhead with nearly linear performance scaling.  HYDRA uses both software and hardware designed by Lucid to improve gaming performance seamlessly to the application and graphics cards themselves and uses dedicated hardware logic to balance graphics information between the CPU and GPUs.

Why does Lucid feel the traditional methods that NVIDIA and AMD/ATI have been implementing are not up to the challenge?  The two primary multi-GPU rendering modes that both companies use are split frame rendering and alternate frame rendering.  Lucid challenges that both have significant pitfalls that their HYDRA Engine technology can correct.  For split frame rendering the down side is the need for all GPUs to replicate ALL the texture and geometry data and thus memory bandwidth and geometry shader limitations of a single GPU remain.  For alternate frame rendering the drawback is latency introduced by alternating frames between X GPUs and latency required for inter-frame dependency resolution.

Harleyquin: Interesting concept, but how does this translate into improved gaming performance on multiple GPUs?

(all examples use made up starting FPS values)

So essentially, Hydra is taking the place of CrossfireX and SLI, and according to their claims they make perfect use of what they are given, no wasted GPU power.

They claim we’ll see this integrated into motherboards and certain GPU boards by 2009. In other words, any motherboard with this chip will be able to run either multiple ATI cards or multiple Nvidia cards without special licensing by either company. This really affects Nvidia and SLI more strongly, as ATI is already pretty lose with CrossfireX licensing. This could do to gaming what dual and quad core processors did to single core computing. Cheaper, faster, and more efficient use of power. Sounds good, no?

While few notebooks can even attempt to reach the sheer performance level of an equivalent desktop,  gamers are nonetheless flocking to mobile systems to fulfill their needs. The gaming PC market still leans heavily toward desktops (a respectable gaming desktop starts at about $700 with a screen), but gaming notebooks are coming up fast as mobile profit margins grow at an astounding pace. Prices for gaming laptops (considering games like Crysis, Supreme Commander, Mass Effect, or Gears of War) hover around the two thousand dollar mark, edging easily into the three and four thousand arena with a few upgrades. Yeah, I’m looking at you, sexy Alienware 17x.
Gateway (out of nowhere) has recently introduced respectable, some might even say affordable, gaming laptops in partnership with Bestbuy.

Disregarding their previous entry (with BestBuy), this new system (dubbed the P-7811FX) includes some hefty specifications for a laptop coming in at $1399. (BestBuy’s site recently increased the price 50 dollars, I’d call that serious demand)

(link to proof) (actual review posted after I wrote this article)

Just looking at the numbers, this machine is a BEAST. An equivalent PC with desktop versions of the same parts would undoubtedly be at least 30% faster at a somewhat lower price, but that doesn’t really pull too much wind out of this system’s sails.

While many of my notebook loving brethren appreciate the extremely high resolution on this 17 inch screen (1920×1200), it is far too pixel dense for my (eyes) tastes. Still, with a 9800M GTS, the system is actually capable of running games at that native resolution with respectable frame rates.

So what is the takeaway? A desktop is still the way to go if you want to go all out in performance. A mobile system will never last quite as long (it takes much more abuse) and is still more expensive. Still, Gateway (and BestBuy) have done a great job bridging that gap. If this overall trend continues, and it certainly looks like it will, laptops will continue to drop in price while increasing performance.

Now if only I could get it in blue and green…

Hey there yall. Been quite the vacation from posting on the good old blog here, so I thought I’d return to you in a very meta-fashion.
Newsbits:

The ATI 4870X2 ($550) kicks the butt of every other “single” GPU available. Each card is outfitted with 2GB of GDDR5 RAM. It is actually possible to combine two of these cards in Crossfire X for a total of 4GPUs and 4GB of GDDR5 RAM. 64-bit Vista is an absolute requirement in this case, otherwise you’ll be running your monster gaming system with virtually no usable system ram. Woo for playing Crysis on a 30 inch computer monitor at 2560×1600 resolution! (link) Great, but I can’t wait until Fusion, a processor in which AMD will be slapping at least 2 CPU cores and a next-generation (5000 series) GPU core. Can anyone say, “the death of integrated graphics?”

Intel has finally released the USB3.0 specification. We are talking a 10x increase in transfer speed over USB2.0. Cool…I guess. But with eSATA already punching up transfer speeds as high as internal SATA, who needs the extra speed for anything besides a USB key? It’s not going to make my mouse any faster, that’s for sure. (link)

I just saw Tropic Thunder in theaters and was pleasantly surprised! Ben Stiller grabbed Jack Black and Robert Downy Jr. as well as the curiously unmentioned Tom Cruise and Matthew McConaughey and made an actually worthwhile comedy! Now I can forget about The Heartbreak Kid! *gag*

A new company has E. Coli crapping out Diesel. (link) It works like Cellulosic Ethanol (organic matter –> product). By producing Diesel instead of Ethanol, existing infrastructure is already capable of transporting and selling it. Ethanol requires a slightly modified engine and more expensive oil pipelines because it is more corrosive than normal gasoline. The start-up company responsible says with a few genetic modifications the E. Coli can also produce normal gasoline and even jet fuel! Very cool, but until this process is scaled up thousands and thousands of times, it isn’t much more than a proof of concept. The E. Coli used is allegedly harmless though, can anyone say home-made diesel?

I can’t remember if I already posted this, but check out my favorite site on CFLs and LEDs, seriously, click the link. When you get bored of the cave, pull on the lever. With recent LED breakthroughs, hopefully we can just forget about the CFLs and transition completely to LEDs. Of course, it’ll take at least 2 years (it always does).

Space Siege was just released, on Steam even! Too bad early reviews (including a review by my favorite video game editor, Jeff Green) call it absolutely average. I’ll still be picking up the game (probably on Steam), but I’ll wait for the 20 dollar price drop in a few months.

And finally, wonder where I was? (click for full resolution image) 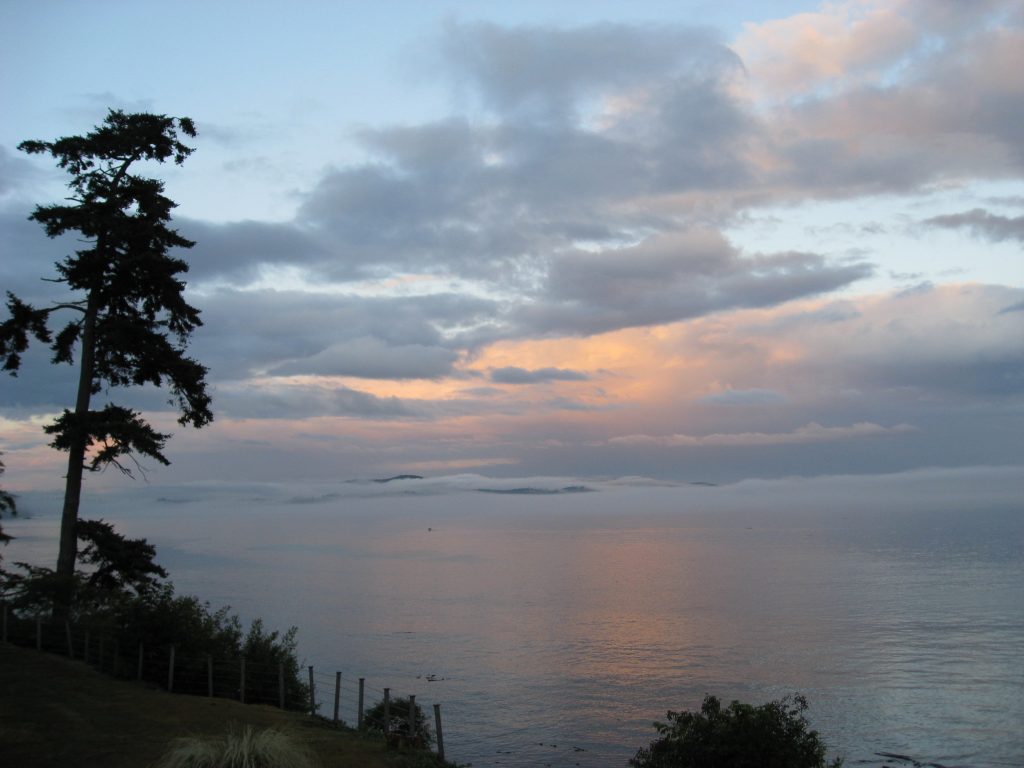 Through the corner of your eye you’re deviously keeping focus on the wall-sized prints of the underwear models. It’s okay. Nobody’s looking.
Yeeeeeaaah, heheh. You nasty thing.

The electric fusion music on the store’s overhead PA system switches to static. A “sales” associate is presumably about to tell the kitchen wares department that there is someone waiting on line two. (There’s no one waiting on line one. You know it’s a ploy to give the illusion of consumer popularity.) However, instead of words you expect – like “paging tammy” or “tammy, line two” or “get to the phone in wares tammy before I fire your ass” – you hear a tepid voice say “Code black.” then *click* and back to that part of the song where the electric organ is flailing off a cliff.

You’re still set on the underwear models, but now all the curves and the airbrushing lack priority. Code black, people. Code black. Why wasn’t it a normal color? Are the primary colors not good enough? Black isn’t even a color for crissakes.

Code black could mean Joey the toddler left a present next to the fragrances counter. It could also mean there’s a missile headed for your face.

This is serious business. Code BLACK, man! You experience a surge of adrenaline. Shit is going down. Or it is about to go down.

You check your cart.
(Yes, you’re actually there to buy something.)

If the world is about to end, are you really going to need that candy-stripe wrapping paper? Why the hell are people so selfish anyway? EXPERIENCE THE GIFT OF LIFE. Go wrap yourself.

In a skillfully calculated maneuver, you reach for the lonely roll of paper in your cart and launch it toward the ground like a flaming sack of crap.

That’s right. At least now you can say that in the final moments of your life you were a badass.

From the walkway to your left, a middle-aged sales associate (Tammy?) rolls forth a rickety wireframe presentation bin, sprouting out of which is a circus-like tree of black lingerie. A sign at the top of the tree advertises, “code black | new luxury underwear by michele blanc.”

I’m B, the new editor for the lifestyle, social, and arts sections of the StormEffect.com blog.

Come on, it can’t all be about science. If DowJones has taught us anything with its eerie “Human Element” commercials, it’s that chemical elements are a cheap substitute for home-cooked prose. Who cares about hydrogen anyway?

My responsibilites around the blog also include improving content presentation (forthcoming graphic development), story-editing, grammar nazi-ing (when I feel like it), and working with E on feature stories.